3D Printed Farmhouse Unveiled in China Ahead of 2022 Winter Olympics 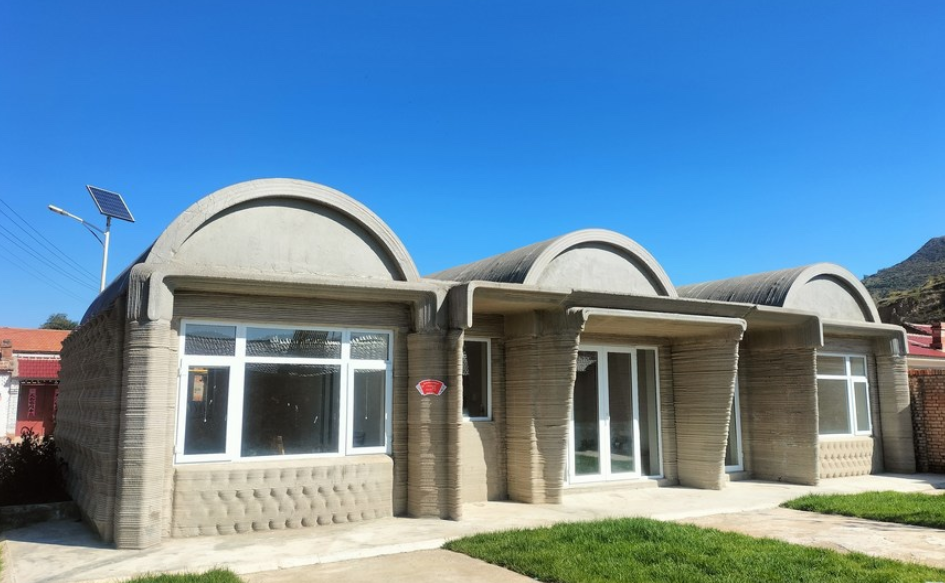 Back in September, we covered a story about the world’s first 3D printed park in Shenzhen, China, constructed under the auspices of Tshingua University’s Xu Weiguo, a professor at the university’s School of Architecture. Xu has continued to be busy since then: in October, he announced the formation of Advanced Intelligent Construction Technology (AICT), a company based in Torrance, California, which will utilize the robotic arm method Xu has employed on a variety of projects, to 3D print homes in the United States. Also in October, Xu and his team 3D printed a farmhouse in Wujiazhuang village, a rural part of north China’s Zhangjiakou, one of the cities co-hosting the 2022 Winter Olympics along with Beijing. 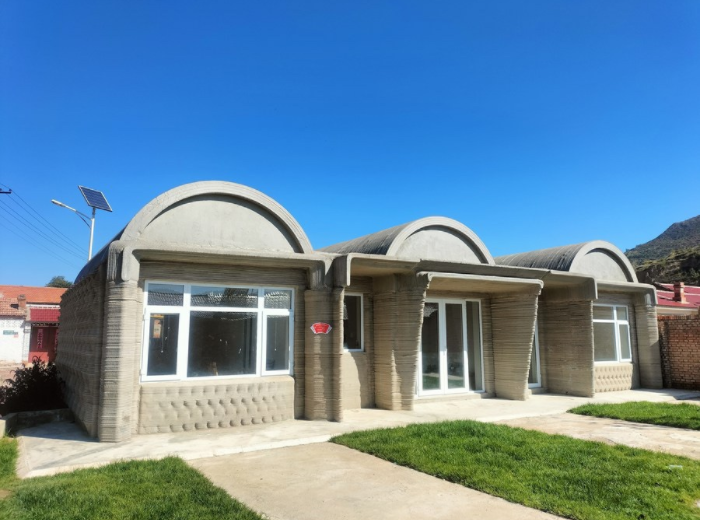 When Xu initially suggested the project, many of the residents in Wujiazhuang expressed doubts about the sturdiness of a 3D printed home. One woman, however, Zhao Xiujuan, had faith enough in the concept to request that Xu and his colleagues reconstruct her old house — which the team then did in only two weeks. Robotic arms printed the foundation and walls of the three-bedroom house in layers, following which, the roof, printed separately, was attached to the rest of the structure with a crane.

Zhao’s new home is about 1,140 square feet, and has vaulted ceilings and a façade adorned with weave patterns.

According to China Daily, one of Zhao’s neighbors commented, “There were only two people on each device. They pressed the button, then a house was built.” In the same article, Professor Xu highlighted the unique capabilities of intelligently-constructed 3D printing to maintain the designs of traditional homes, while simultaneously producing novel features such as the farmhouse’s curved exterior. Xu also noted, “Intelligent technologies can solve the labor shortage problem faced by the construction industry, liberating workers from their heavy labor.” 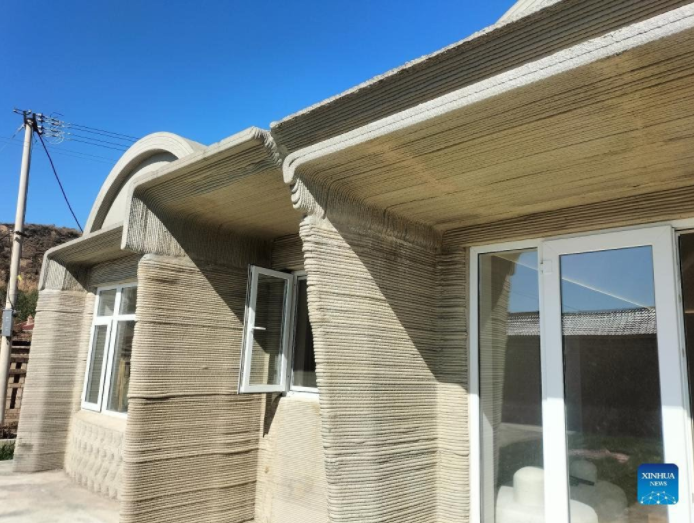 Several residential 3D printed housing projects completed in the U.S. these past few months, as well as this project in China, may not seem like much, considering how quickly everyone expects economic processes to move these days. But, keeping precisely that in mind, it’s not difficult to imagine the additive construction industry picking up steam off of a scattering of well-placed projects here and there.

In this sense, at this stage of the industry’s history, the thing to pay attention to isn’t so much the number of projects, but the number of relatively high-profile ones. For instance, consider what we reported last week concerning the aforementioned homes built with COBOD machines, two of which the companies concerned completed in partnership with Habitat for Humanity. A similar dynamic is going on with Xu’s projects: the farmhouse’s location in a region that will be co-hosting the Winter Olympics is certainly not an accident, and echoes the siting of the Shenzhen park at the Shenzhen World Exhibition and Convention Center.

This trend can be seen as a signature of the additive manufacturing (AM) industry, especially in the realm of construction, whereby new projects are serving both as showcases for the technology, as well as fulfilling functional purposes. The more this happens, the more rapidly the industry can be expected to evolve: anyone observing the process can see firsthand, not only that it works, but that customers are pleased with the results. Again, it may not seem like much now, but the current trajectory makes it easy to see additive construction turning into something much bigger very soon.