Gaps in 3D Prints: How to Fix & Avoid Them

3D printing is a craft that requires much effort and a significant number of hours to be mastered. Still, there’s nothing more frustrating than constantly failing 3D prints. After all, all we want is to produce great quality prints that not only look good but also function as they should.

Luckily, the 3D printing community is strong and always willing to help. We have plenty of guides and tutorials to assist beginners and veterans alike. So, don’t give up yet on your 3D prints!

Gaps in 3D prints can be tough to get rid of, especially as they can be caused by a number of different factors. In the article, we’ll go over the possible defects that appear as gaps, their potential causes, and how one could deal with them.

The first layer is considered the most important of all, as it provides the foundation for an entire model. Therefore, it can be the deciding factor between a successful or failed print. There are a handful of anomalies that can lead to a gap in the first layer, and all of them may cause more issues than simply aesthetic defects.
Let’s first look at how different kinds of gaps occur and what potentially causes them. Afterward, we’ll go over the steps to address them. 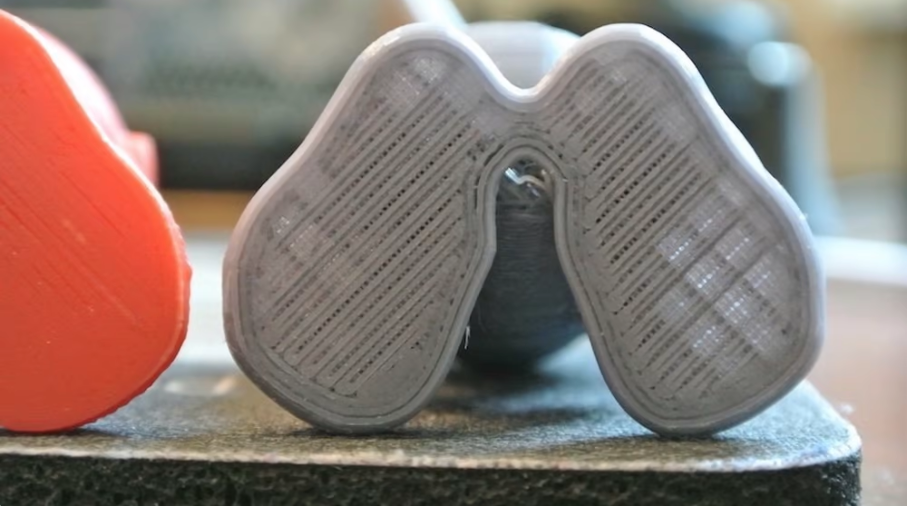 Your print has recurring gaps between extrusion lines in the first layer. The lines seem to be evenly spaced out from one another, creating a sort of grill pattern rather than a solid flat surface on the bottom of the print.

One option is a too-large Z offset, which adjusts the physical distance between the nozzle and the build plate. In this case, the nozzle seems to be too far from the bed, preventing the layer lines from being slightly squished during extrusion, which – with an adequate Z offset – would fill in the surface. Under-extrusion might also be the cause, as each line won’t turn out as thick as expected. 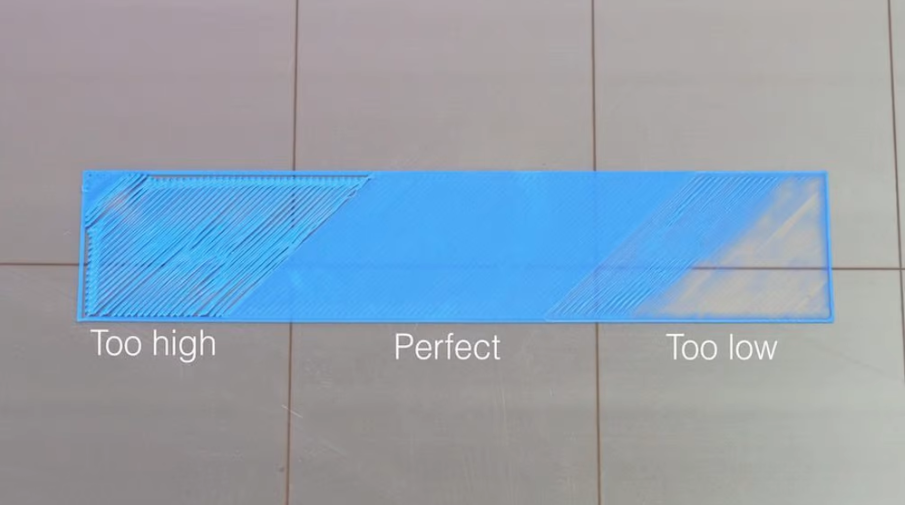 There are regions of the print’s first layer without material, even though that area has been traced by the nozzle. This is most noticeable while the first layer is printing. Depending on its severity, it could potentially harm the entire print, as part adhesion would become compromised.

Essentially, the gap between the nozzle and bed is too narrow, preventing any material to be extruded. In extreme cases, the nozzle will literally scrape the build surface, potentially leading to clogging or even hardware damage.

A poorly leveled bed or inadequate Z offset calibration are the most probable causes. Small bumps or warps in the build plate or leftover debris could also lead to minor gaps in the first layer. 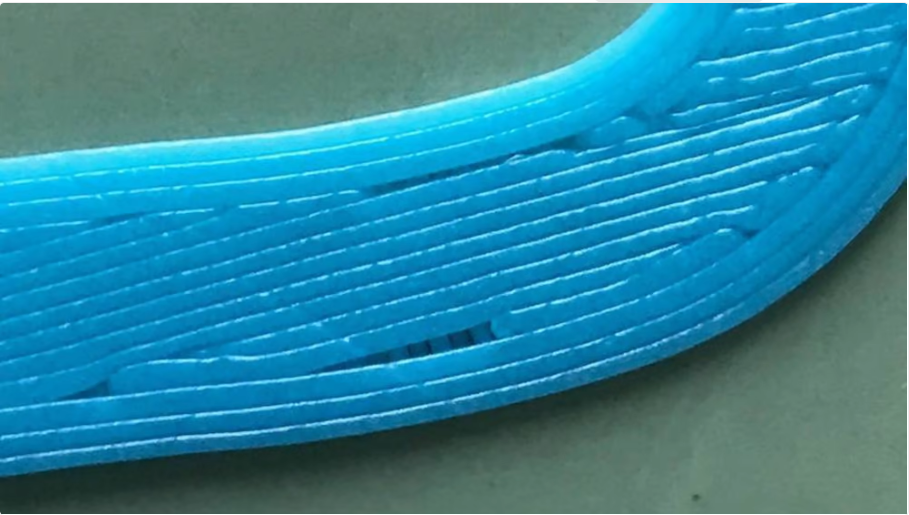 Your print has small spotted gaps in the first layer that look like holes or short line segments. They could appear on broad surfaces or single islands. Such defects are easily detectable and affect the model’s aesthetics.

Poor bed adhesion can prevent extrusion lines from attaching to the build plate, especially at the beginning or the very end of extruding a segment. Extrusion-related issues (like under- or over-extrusion) could also cause these gaps to form in the first layer. 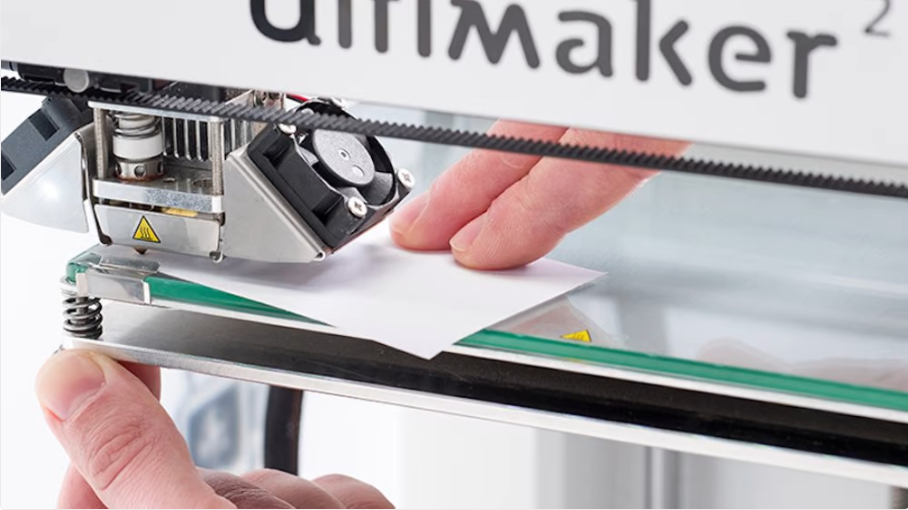 Most of the issues mentioned above can be dealt with by proper printer calibration. For gaps between lines and areas missing material, Z offset adjustments should do the trick, not only ensuring the integrity of the first layer but also avoiding adhesion issues that could lead to the hole-like anomalies. Precise extrusion calibration would guarantee that the right amount of material is deposited and thus ensures a well-built first layer.

Make sure to always have a cleaned and leveled bed. Also, use proper bed adhesion techniques for materials that show high thermal expansion, such as ABS and nylon.

As we all know, 3D printing works by adding thin layers of material, one on top of the other, until a three-dimensional object is created. Each layer must be adequately deposited on top of the previous for creating robust and nice-looking parts.

Most gaps between layers are generated by issues with perimeter extrusion or poor layer adhesion, as we’ll see next. Still, there are a few other defects that could be considered gaps, and for this reason, we’ll be covering them, too. 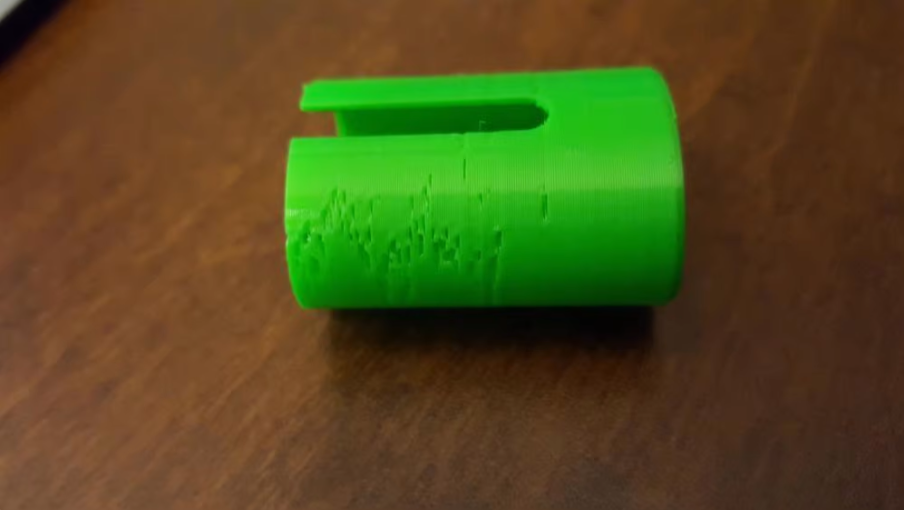 Defects appear on side surfaces of 3D printed models. These are not so much gaps as they are small holes and failed print spots that result in a poor surface finish. They can be either isolated spots or consistent blemishes across the surfaces of the part.

Mainly, these are the result of extrusion issues, where the plastic isn’t deposited as it should be. Inappropriate retraction settings can also be the cause, as it may hinder the start of extrusion after a move. Moisture in filament can lead to small pockmarks on the surfaces, too. 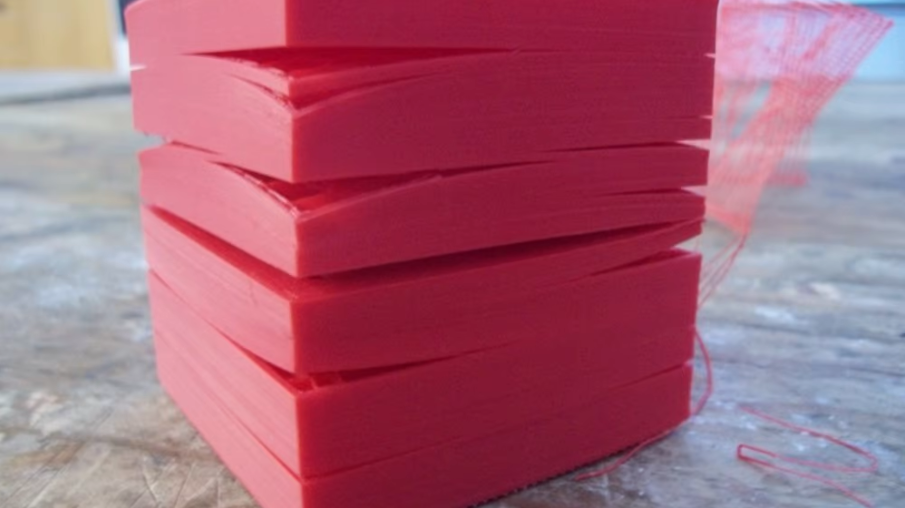 Two or more layers are partially split or separated. This phenomenon is also known as delamination, and it’s fairly common in other 3D printing methods besides FDM. In extreme cases, layer separation causes the entire printing process to fail.

Low bonding strength between layers is usually associated with low nozzle temperatures, under-extrusion, high-speed printing, or sometimes layer heights that are too large. Materials with high thermal expansion are more prone to this as the phenomenon is similar to warping. 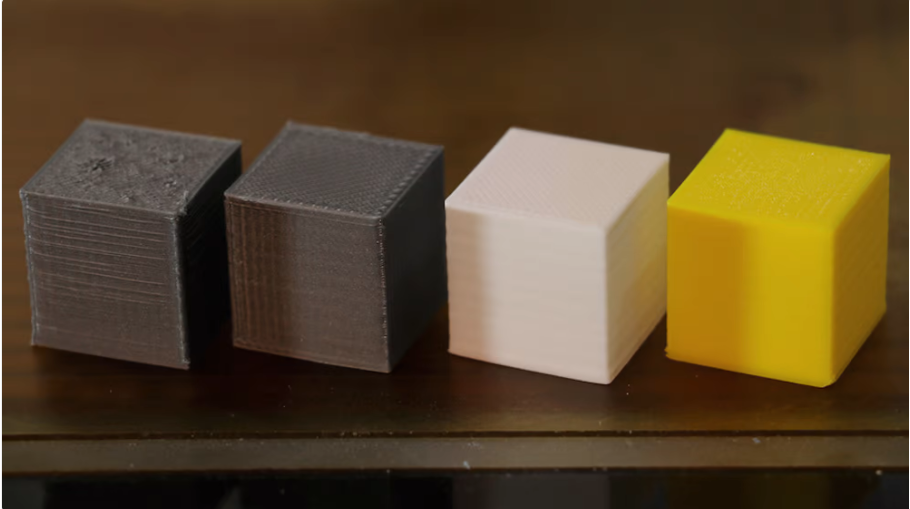 For holes and pockmarks, fine-tuning the 3D printer’s extrusion calibration as well as its retraction settings should avoid most, if not all, surface issues. Keeping filaments properly stored and dry should also enhance print quality a lot.

Now, layer separation happens for many reasons. First off, try to adjust the nozzle temperature and cooling settings to optimal values. Reducing printing speed should also help with layer bonding, along with proper extrusion settings.

For materials such as ABS and nylon, a printer enclosure would be a great addition, as it would also avoid warping and aggressive contraction.

Top layers are the last to be printed, closing up the model and its partially hollow interior. For this reason, they’re printed completely solid – or at least they should be. Gaps on top layer surfaces are quite a common issue, which has multiple causes, as we’ll see in this section. 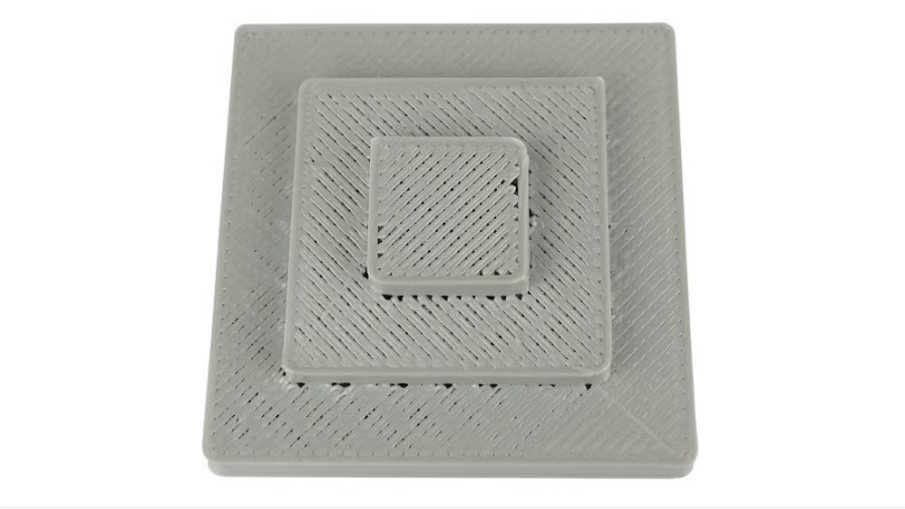 Either not enough material is being deposited or the foundation for that layer isn’t solid enough. It’s also possible that both issues are at play. Therefore, an insufficient number of solid top layers, under-extrusion, and too sparse of an infill could all potentially lead to this situation. 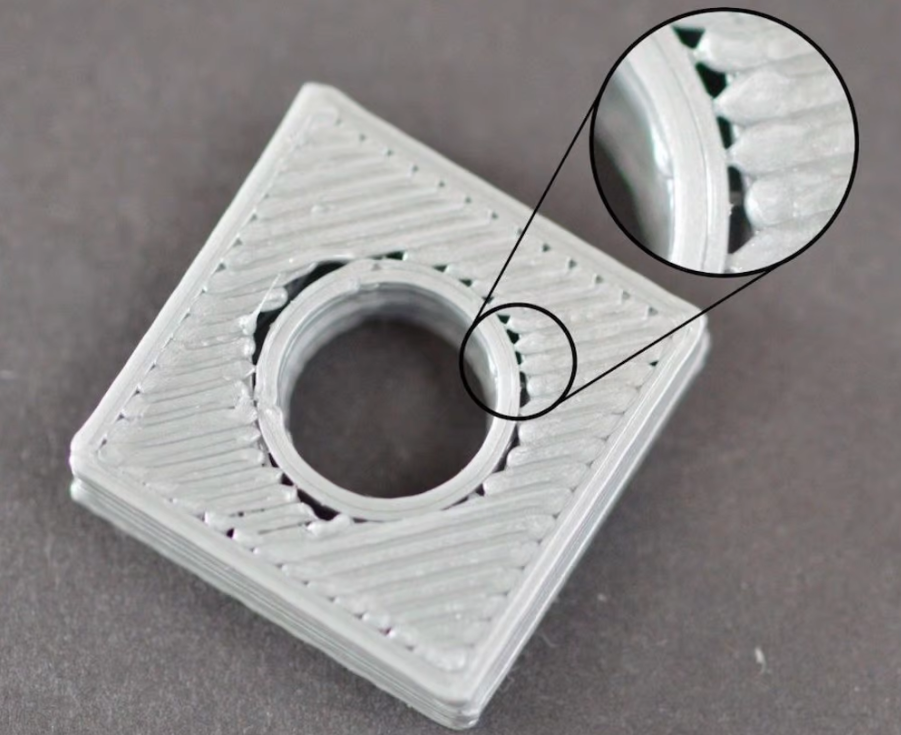 A print has holes between the top layer and its perimeter. This is also known as wall separation, and given that the infill is laid in straight lines, it’s easily noticeable in round features such as holes and cylinders.

Printing the top layer too fast can lead to this issue, as would severe under-extrusion. In some cases, previous layers printed with too low of an infill percentage can also cause wall gapping. 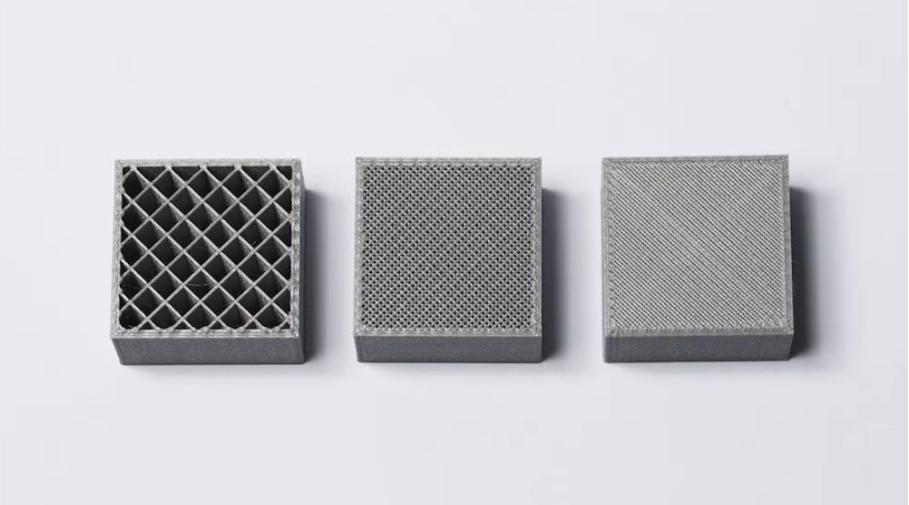 Besides thorough extrusion calibration, increasing the number of solid top layers or the infill percentage could eliminate the presence of gaps between lines in the top layers. In order to improve the top layers’ foundation, it’s also worth trying out different infill patterns.

Wall gapping can be extremely challenging to deal with. Some 3D slicers like Cura and Simplify3D have specific printing settings to correct this issue. A good place to start would be the “Infill Overlap” (Cura) or the “Outline Overlap” (Simplify3D) settings, both of which control how much the infill overlaps with the outline perimeters.

In addition, reducing printing speeds and bumping up the bulk infill percentage could potentially help the top layer lines to stitch properly.